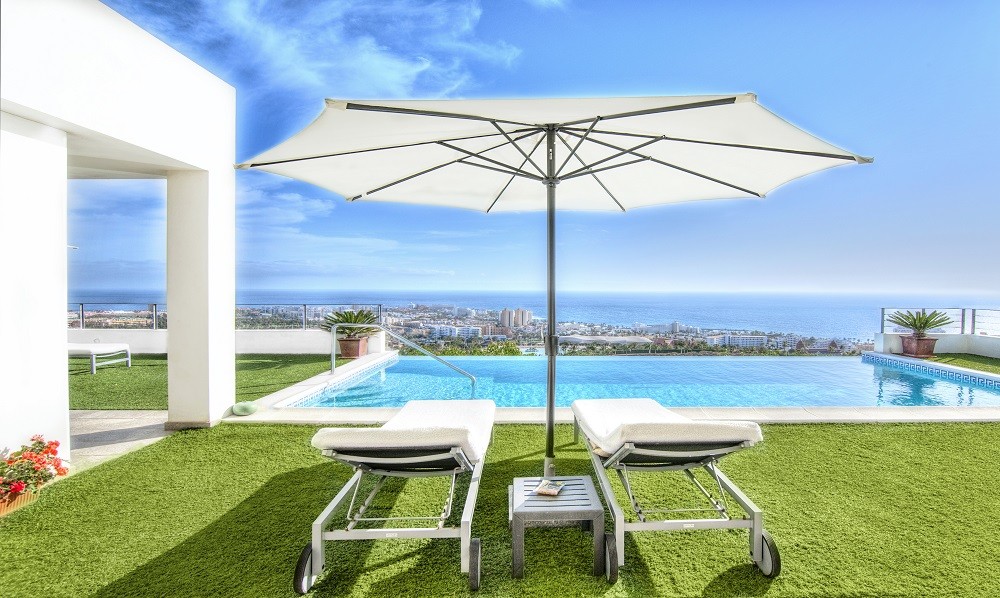 SUMMER IS HERE: TIME TO HEAT UP YOUR PASSION FOR PROPERTY IN SPAIN

It’s already June, can you believe it? 2017 is steaming ahead, and with summer in Spain practically on our doorsteps, we think it’s time you joined the party and found your dream home in this beautiful country. Covering upcoming events, the property market, additional summer flights and our very own viewing trips to Spain, here’s what to expect this summer:

There’s something special about the start of June, especially in Spain. Maybe it’s because temperatures have already reached the mid-30s, or that many local festivals take place this time of year; whatever it is, there’s a certain buzz, particularly along its coastlines as temperatures get warmer, drinks get colder and everyone gets that little bit happier. There’s so much to look forward to, and with our offices in the Costa del Sol and Costa Blanca, we’re right in the centre of all the action.

This time of the year is also perfect for al fresco dining. Particularly in Andalusia, where summer temperatures can soar into the mid-40s, figures have already reached the mid-30s in places such as Seville and Cordoba, making it ideal al fresco dining weather.  For the perfect Spanish al fresco dining experience, we suggest creating a large enough space for a big group and inviting all your friends and family over to your home in the sun. Be sure to have a sheltered area for some well needed shade though! In terms of what’s on the menu… a mixture of barbecued food with salads, sliced vegetables/fruit, pasta, cheeses and pâtés are perfect for al fresco dining. Bon appetite!

With average temperatures in the south soaring into the high 30s in June, July, August and September, Spain can be a painful and literally blistering place during the summer months if not done right. Let’s not forget that the south is home to some of the hottest and driest summers in Spain, with record highs back in 2012 for Seville and Cordoba of 45.9 and 45.2 degrees respectively – this is due to the semi-arid climate which is extremely dry and literally bakes in the scorching sun. The south-east is also very arid, and towns such as Alicante, Murcia and Almeria often experience regular summer droughts which extend into the autumn, with the latter town of Almeria falling under the “hot desert climate” categorisation. Whether you’re a regular seasonal visitor or a permanent resident, it’s always important to take care of yourself, your health and that of your loved ones during the blistering summer. Here’s a quick checklist of items you shouldn’t leave the house without:

It’s not just the weather that’s heating up this year, Spain’s economic growth is accelerating by the month, which is a huge positive for the property market this summer. The country’s economic growth is showing signs of speeding up in the second quarter of 2017 with gross domestic product expanding by 0.8 percent in the first three months of the year. Additionally, the Spanish economy will grow faster than other countries on the continent, at a pace of 2.8% in 2017 and 2.4% in 2018. Therefore, the Spanish property market is strengthening, expanding by 14.4% in the first quarter. Cities such as Alicante, which are already property hotspots, have seen property sales hit a nine-year high, with sales figures up by 39 percent on last year in the Costa Blanca. This is great news and we’re busier than ever, helping clients find their dream home in Spain.  We receive around 3,000 enquiries each month from British buyers and French, Dutch, German and Scandinavian markets. British buyers still form the largest group of foreign investors, accounting for 15% of the foreign market in the first quarter of 2017. To meet the demand from Europe, we have a dedicated multilingual sales teams in the Costa del Sol and Costa Blanca who are well-appointed to handle non-British clients. Also, with various airlines now flying to more Spanish cities than ever before, the foreign investment market in Spain will only continue to grow. British Airways, Ryanair and EasyJet are all offering additional Spanish routes this summer, with Scandinavian based SAS having plans in place to expand bases in London and Spain, understanding that the demand and competition for Spanish flights is higher than ever.

Viewing tips are an absolute must if you’re considering buying a home in Spain this summer, after all, you wouldn’t buy a car before seeing it first, would you? Homes sell themselves and need to be seen in the flesh to truly appreciate their splendour. What sets us apart from other agents is the ability to offer bespoke one-to-one viewing trips to your desired location. You won’t form part of a large group; you’ll be shown several properties that have been hand-picked with your budget and wish-list in mind. Viewing property in person is a valuable way to ensure your decision is the right one for you. Our team can organise everything from start to finish so you don’t need to worry about booking travel, accommodation or property viewings. All of this is covered.

We have access to tens of thousands of properties on the Costa del Sol and Costa Blanca and network with only the best developers, meaning that we’re well placed to help you find the best property, and have plenty of hot properties to offer this summer. Whether you’re looking for a getaway retreat nestled in the hills of Marbella, or a permanent home in Denia, we’ve got something for you.

Back to blog
TAKING PART IN THE GREAT MANCHESTER RUN